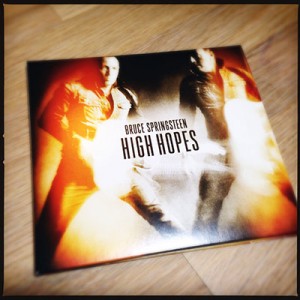 There has been busy days this week. In December last year Mr. Springsteen started to promote the new material from his record and as I posted then, it soon became clearthat the new album would be released on January 27th. The Title song, as well as The Wrestler and My Lucky Day was released via Amazon.com and Springsteen’s own official website.

The date for the Swedish release of the album varied a bit, but eventually the record was in the stores on the weekend before the US release date. There has been quite a lot of commotion about the cover. Fans even started a group on Facebook to make Springsteen change the cover since many thougt it was so ugly.

I joined the group on Facebook, because I really thought the cover was hideous. But now, with the result in my hand I must admit that I kind of like it. Or, rather, I approve of the style the pictures are made in, I do not like the cover so much, but there are some nice pics in the album. 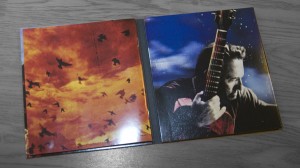 Of course the rumors of a new tour started buzzing, and eventually the date for the ticket release was out. It was set on January 26th. Since these last days has been very hectic I take the liberty of posting what happened last Monday. So just scroll down a bit and I’ll tell you.

There’s a video on Amazon.com for the new song My Lucky Day. Watch it here.

Workin’ on a Dream

As some of you may have noticed, the activity on this blog has been very low for the past two months. That has to do with the server that this blog lies on. For some reason the surver got full, and I thought something had gone wrong with the program Word Press that I use. I had just updated it, so I figured I’d missed something. But when I tried to reinstall it, everything just got messed up because there was no space to reinstall… Anyway, it has taken some time to fix it, but now all should be back to normal again.

During this time Mr. Springsteen has presented a new song for us fans. Workin’ on a Dream was played during the wake for the now elected president Barack Obama. As the news tells us there will be a new record by the same name in January 27th. Of course there will be a tour, but the dates are yet to be official.

On Mr. Springsteen’s official site we are presented with the tracks of the upcoming album and the list reads like this:

“Working on a Dream” Song Titles:

You can listen to Workin’on a Dream on You Tube.

This means it’s time for me to really get working on MY dream. If this Photo book about the Springsteen fans and our film should ever be finished, we better start working…

Barack Obama/Workin' on a Dream